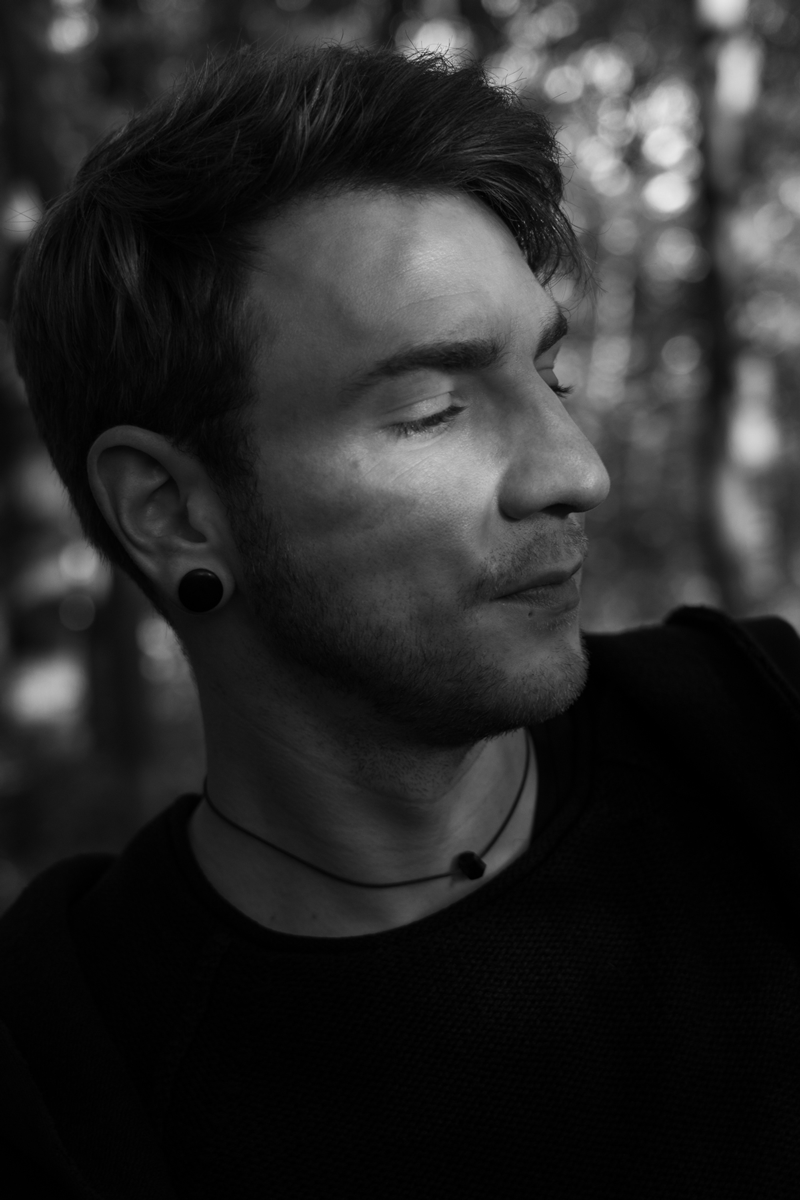 Rob ≠ Chamber  (real name: Robert Crahmer) was born 1986 in Lutherstadt Wittenberg, Saxony-Anhalt (East Germany) and is now living and working as a freelance photographer / media designer / engineer for media technology / artist based in Berlin. The themes he is inspired by are of sensual aesthetic across various mediums, however the fascination for pictures that are unconventional and extraordinary is always present. The current style is primarily shaped by personal experience, as well as creative resistance against the Status Quo.

The works often share a reoccuring ambivalence of contrasting emotions, ideas and symbols. Moreso a fascination with symptoms of suppressed psychological confrontation and a dramatization of the body can be found. With a subtle minimalist approach, the self-taught photographer creates intense personal moments created by means of rules and omissions, acceptance and refusal, luring the viewer in circles. His work challenges the binaries we continually reconstruct between Self and Other, between our own ‘cannibal’ and ‘civilized’ selves.

Beyond still photography, he is pursuing to expand his visual practice by painting, installations, and computer generated images to further express himself and keep his everyday balance. His works have been published internationally in a diverse selection of magazines, as well as in the form of fine art prints in group exhibitions. Rob ≠ Chamber currently lives and works in Berlin.